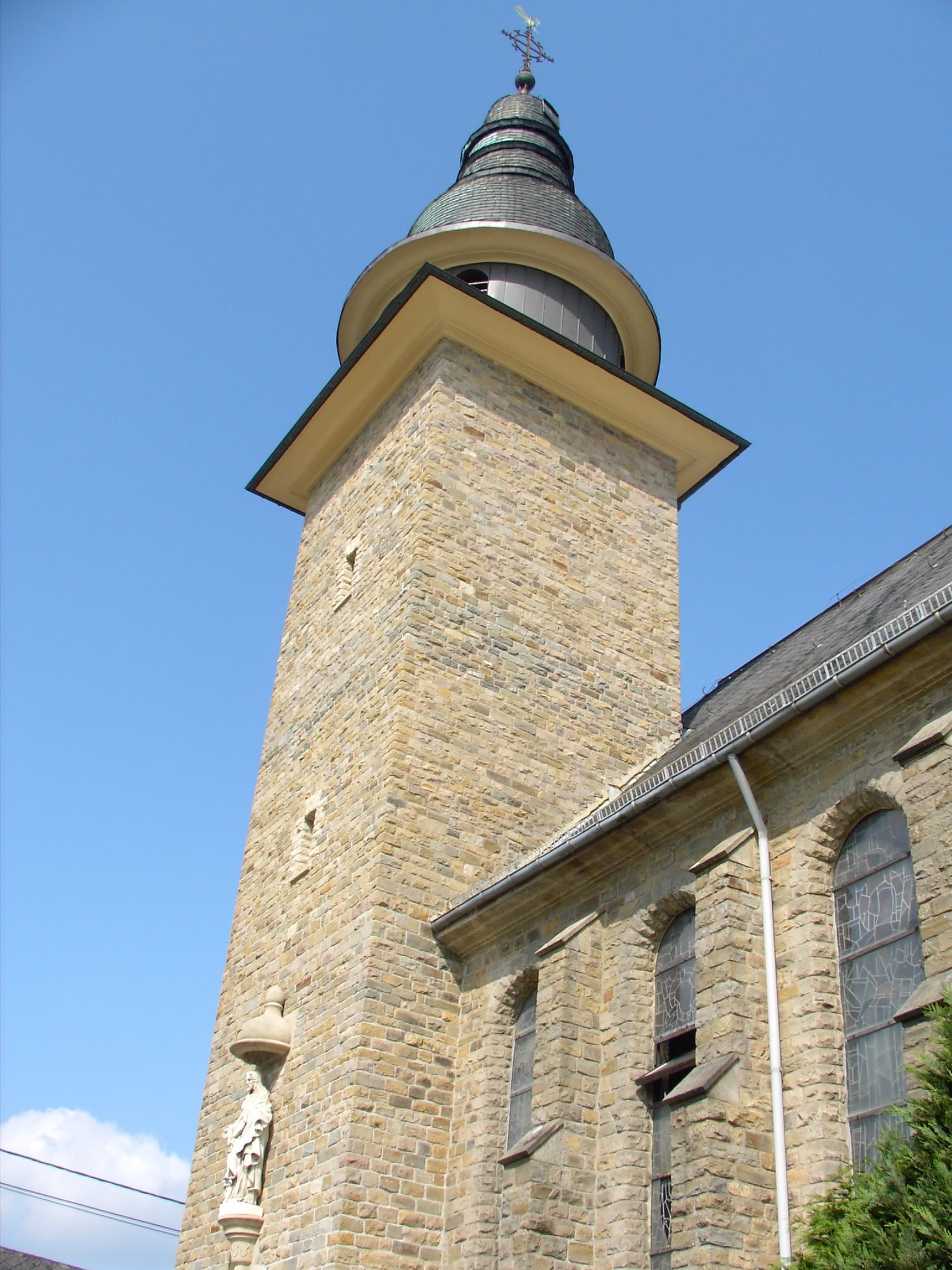 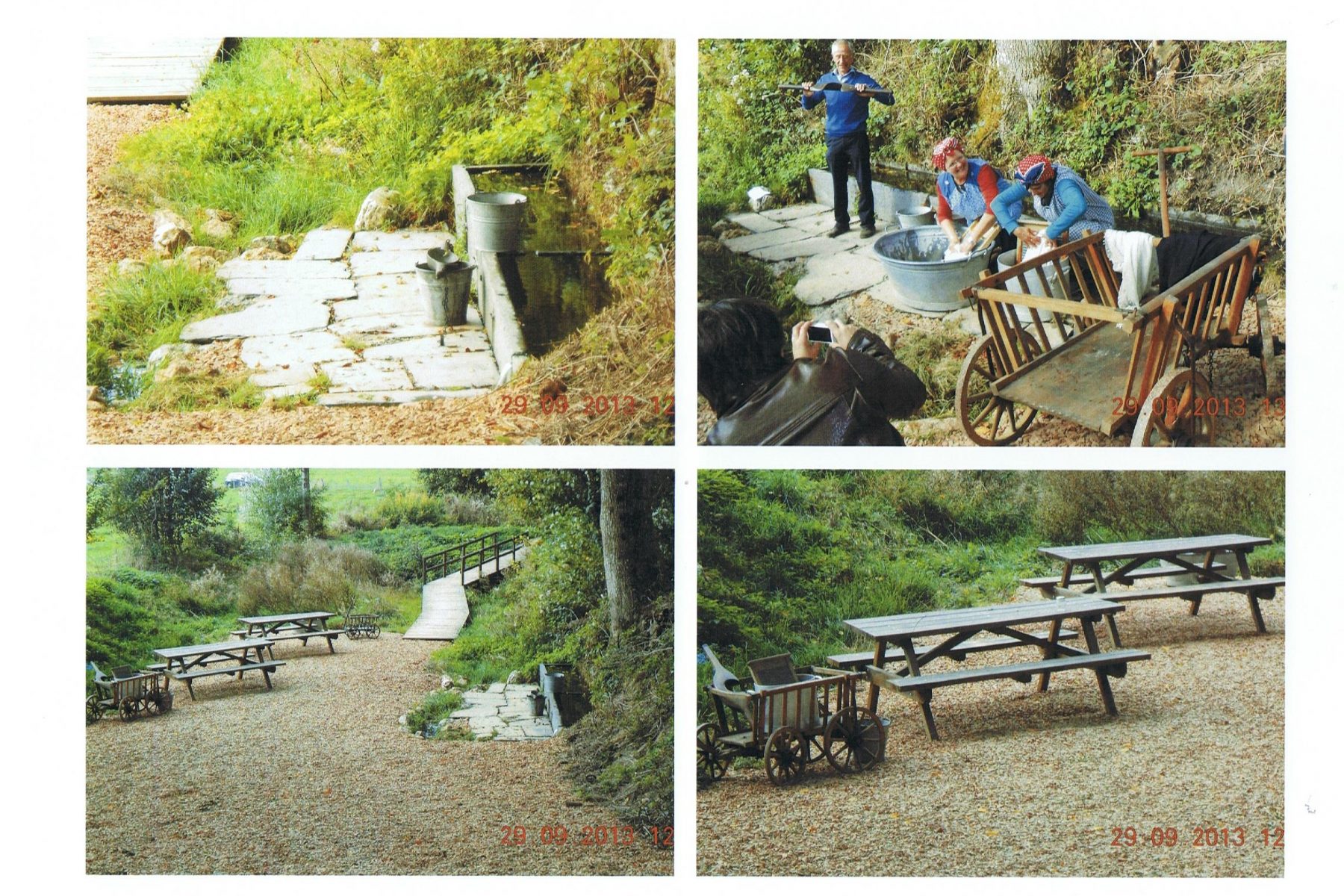 Even in the archives there is hardly anything to learn about the origin of the former village watering place, on community property. However, oral tradition confirms that in the extremely dry year of 1921 the inhabitants collected the water there, even at night, which was scarce but necessary for life.

Also the spring must have been very productive. A witness of it is the still quite well preserved trough in “Rechter Blaustein”. The trough served not only as a watering place for domestic animals, but also as a washing place for the nearby inhabitants. However, after the village was connected to the municipal water supply system in 1968, the trough lost its purpose, fell into oblivion and became … a wild garbage dump.
Garbage and wild plants overgrew the trough and the entire area.

In 2003, however, a couple of determined men went into action and removed all the garbage by hand.
The financial support was also found to remove the upper layer of soil by machine.
A drainage system was installed to drain the area. In 2008, after a ” VoE Village Community ” had been created, some professionals, in collaboration with the “Fondation Rurale de Wallonie” drew up a plan to revive the watering place.
With subsidies from both the Walloon Region and the High Fens – Eifel Nature Park and the active support of the community, the entire site was restored to its current state.
Volunteers in the village laid the access and a walkway.

The main goal, however, was to keep the watering place as close to nature as possible, so that fauna and flora can flourish. The school community took on a sponsorship of this small heritage site by regularly participating in its maintenance, installing and cleaning nesting boxes…. “May this spot give peace to the visitor and bring the beauty of nature a little closer”.

Many thanks to Mr. Jakob THOMMESSEN from Maldingen for the aforementioned text as well as the pictures. 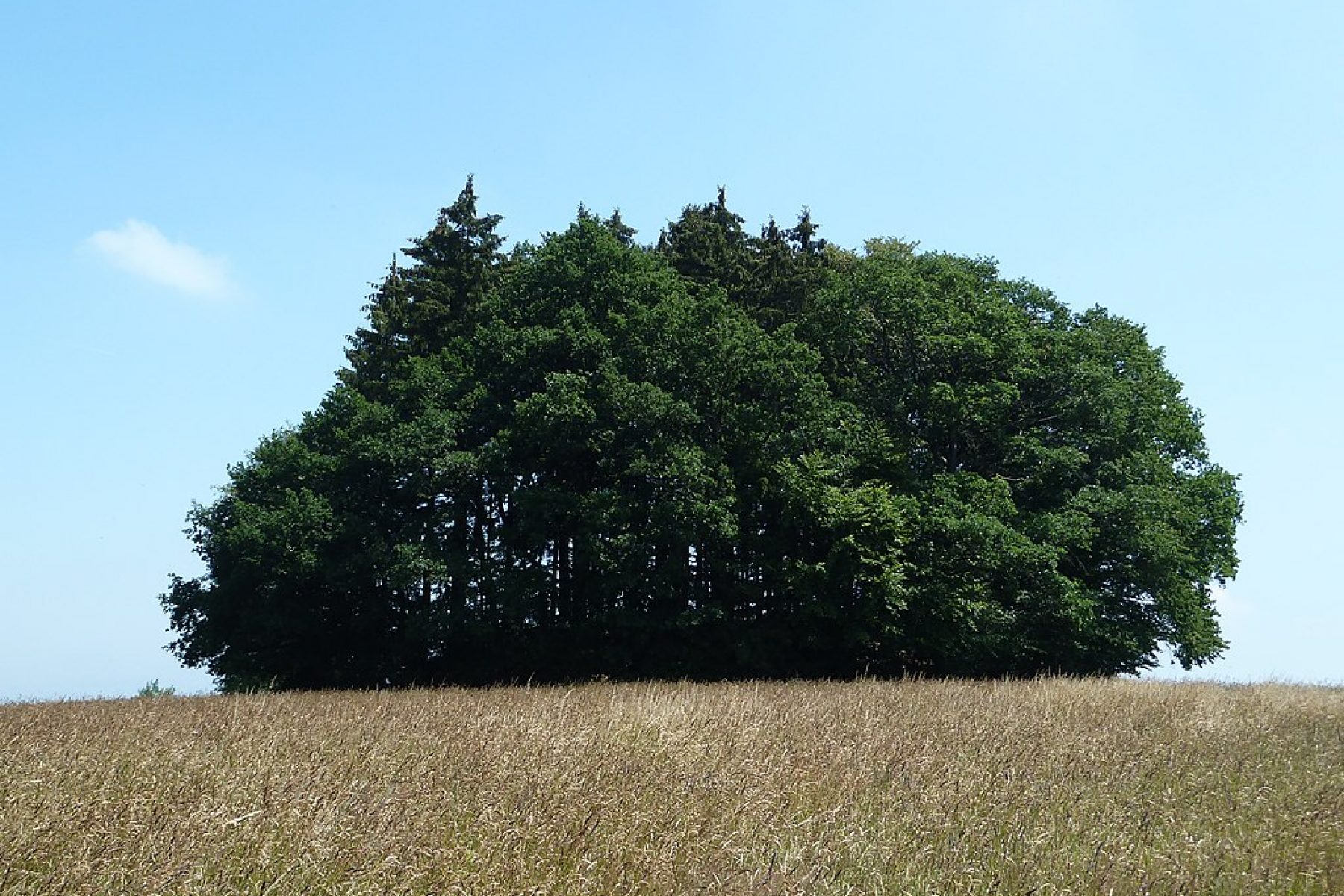 This is perhaps the most prominent historical monument in our area, the so-called Hochtumsknopf or Maldinger Knopf, which has been protected as a landscape since 1998. As can be easily seen by the tree growth, this is an artificially created earth mound. This mound, like the other burial mounds in the area, dates back to Celtic times and probably served as the final resting place of a tribal superior or military leader. The height of the burial mounds allows us to draw conclusions about the importance of the buried person.

The excavations that have taken place here since 1825 have brought to light several finds: In addition to sherds, bones and ashes, a slate roof of 3 square feet, remains of a clay vessel, parts of a harness covered with brown lacquer and a large iron container were found. Also discovered in the center was a piece of agate, an urn with sherds, and the tip of a spear in a large stone container. One local historian believed that the actual treasure of the Hochtumsknopf, namely a Roman general in golden armor, had not yet been found, as it might be below the ground level where the mound had been piled. Others saw in the mound a Roman tomb, namely that of the Roman legate Cotta, who, together with his comrade-in-arms Sabinus, had been lured into a trap and slain by Ambiorix, the Eburone chieftain. While Cotta was buried here, the grave of Sabinus is said to be on the Steinemann (near Espeler).

This interpretation, however, has to be relegated to the realm of legend, since in the area of the Steinemann and also at the Hochtumsknopf such precious ancient finds have never been made.

However, later excavations by unknown amateur archaeologists may have taken place here, as the trenches and furrows on the hill show; however, nothing is known about the results. Today the mound is inhabited by foxes – the only ones who can probably give information about the contents of the mound.

A total of seven hiking tours are offered. The hiking routes are between 7.7 and 15.6 km long and are well signposted. A route description is available for the seven hikes, pointing out special features such as wayside crosses, scenery and natural areas.
Routes
We use cookies on our website to give you the most relevant experience by remembering your preferences and repeat visits. By clicking “Accept”, you consent to the use of ALL the cookies.
Cookie settingsACCEPT
Manage consent

This website uses cookies to improve your experience while you navigate through the website. Out of these, the cookies that are categorized as necessary are stored on your browser as they are essential for the working of basic functionalities of the website. We also use third-party cookies that help us analyze and understand how you use this website. These cookies will be stored in your browser only with your consent. You also have the option to opt-out of these cookies. But opting out of some of these cookies may affect your browsing experience.
Necessary Always Enabled
Necessary cookies are absolutely essential for the website to function properly. These cookies ensure basic functionalities and security features of the website, anonymously.
Functional
Functional cookies help to perform certain functionalities like sharing the content of the website on social media platforms, collect feedbacks, and other third-party features.
Performance
Performance cookies are used to understand and analyze the key performance indexes of the website which helps in delivering a better user experience for the visitors.
Analytics
Analytical cookies are used to understand how visitors interact with the website. These cookies help provide information on metrics the number of visitors, bounce rate, traffic source, etc.
Advertisement
Advertisement cookies are used to provide visitors with relevant ads and marketing campaigns. These cookies track visitors across websites and collect information to provide customized ads.
Others
Other uncategorized cookies are those that are being analyzed and have not been classified into a category as yet.
SAVE & ACCEPT